A Walk in Molise, The Region That’s Not There

The narration of a travel made within the FuoriRotta project.

A journey made on foot – this is the only rhythm that matches the beats of the people who live in those places – discovering Molise and his inhabitants. A journey narrated by its protagonists: Maria Clara Restivo and Giulia Rabozzi. A meeting made in collaboration with Pangea Bookshop.

Our idea arises from the curiosity of discover and tell what Molise is. It’s said that Molise doesn’t exist, because there are places that always remain nothing more than connections between other places, like highway frames. We’ll be doing our walk on foot, because in our opinion this is the only pace that can tune with the pulses of that places. This is a slow way of moving around which allows exchange and that particular desire of being part of a place, not only a tourist. Starting from Isernia and passing through a circular path that step by step will lead us to Campobasso, we’ll mainly move along “tratturi”, old paths that allowed the seasonal migration of cattles in southern Italy. We will linger on that places famous because of a particular culture or landscape but also on that little towns, far from being touristic, that have been fundamental milestones for the inhabitants’ living. We are now ready to find unexpected beauties, but also new deserts that can take us back to a primordial dimension, to the relationship with the environment that living in the cities has made much feebler. We chose to travel trusting on hospitality: to us it means a place where to rest in the night, a meal, a shower. Hospitality is what someone can and wants to give. We deeply believe in what we call “meeting etymology” and we are convinced that good stories must begin facing each other.

FuoriRotta
FuoriRotta project was born to make people think on the right to travel in these times of contraddiction between global communication on one side and increasing frontiers on the other. We are fiercely convinced that travelling is getting to know “the other”, contaminating points of view and opening borders. We have done it and will be doing, telling our travels and those of travelers we met but we also want to support new FuoriRotta travelers, ready to make new experiences to unusual directions, with non ordinary means and through non expected lands and stories.
(Matteo Calore, Simone Falso and Andrea Segre)

Maria Clara Restivo
Maria Clara, born in October 1986, is a Scorpion. She grows up looking at the railway passing next to her house above the train station in the province of Reggio Emilia. She doesn’t deny her Sicilian origins but thinks there’s more sky in the plain. On her last year in high school, she never attended class on Saturdays in order to take a screenwriting course. She graduates in Literature in Parma, followed by a degree in Scieces of Entertainment in Milan, but that’s not the right place for her. In 2011 she’s admitted to a two-year course at Scuola Holden and she feels like Turin might be a good place to stay. She now collaborate with Scuola Holden and AMNC. She’s recently started E.le.Menti., an association that deals with narration workshops for children. She also keeps doing most of the usual beautiful things: walking, writing, being late, dancing the lindy hop and leaving notes around hoping they might make somebody’s day.

Giulia Rabozzi
She was born in Borgomanero on 20/09/1985 and she then moved into many small villages in the provice of Novara until University. She follows her heart and attends MultiDAMS in Turin. She still lives in Turin, partly regretting not to have become a mathematician living in a faraway place, partly thankful to have thus discovered her true passion and her current job: youth theatre.  Actress, theatre animator, expert seeker of four-leaf clovers and visionary narrator of clouds, she’s a clown who keeps walking, doing taijiquan, and flying. Getting lost along the way. 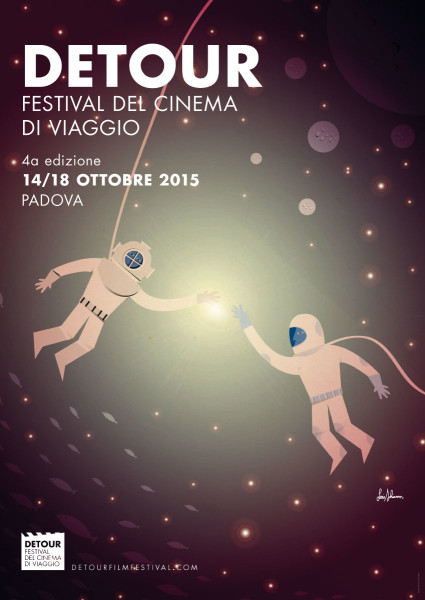