A Cinema lesson with Enzo Monteleone and Francesco Bruni 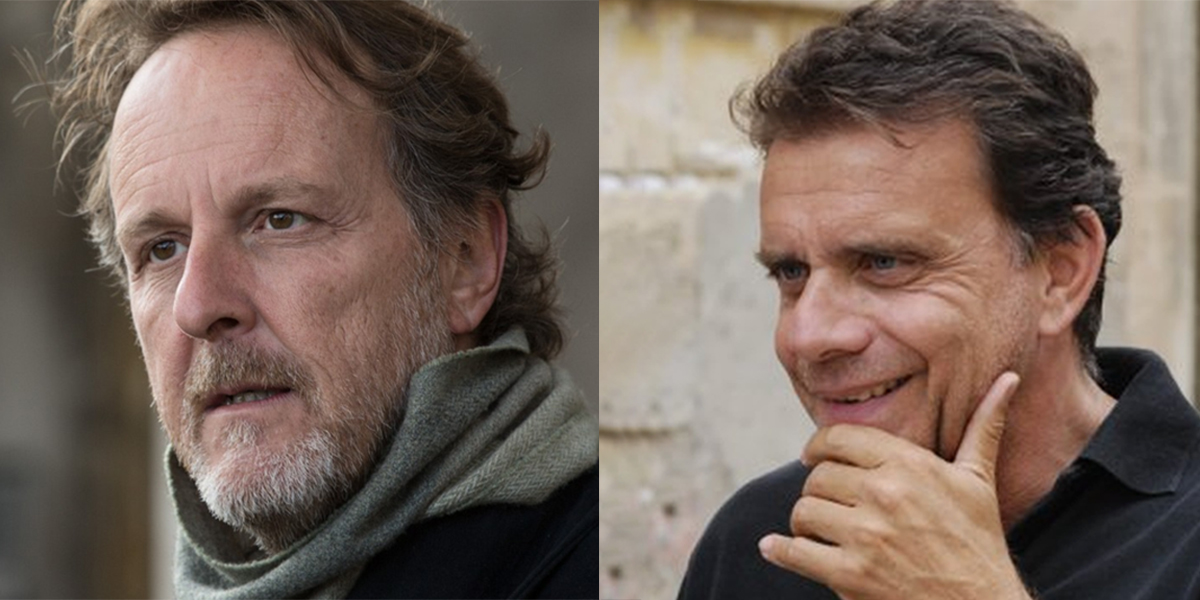 30 May A Cinema lesson with Enzo Monteleone and Francesco Bruni

Posted at 23:54h in News by Giacomo Ferigioni

Young filmmakers and movie lovers of all ages, be free on March 23rd!

Francesco Bruni and Enzo Monteleone, filmmakers who have always put the journey at the center of their films, will be teachers for a day for a special cinema lesson. A lesson open to the public, during which they will talk about their work and their cinematographic collaborations; a lesson that will talk about stories, cinema and travel.

The event will take place on Saturday 23 March at the Cinema Marconi in Abano Terme.

BIOGRAPHY
Francesco Bruni was born and grew up in Livorno. He began his career in 1991, co-scripting the film Condominio, by Felice Farina. From 1994 he collaborates on the scripts of the films of Paolo Virzì and Mimmo Calopresti. He has also worked with Franco Bernini (Sotto la luna), David Riondino (Cuba libre – Velocipedi in the tropics), Francesca Comencini (The words of my father), Spike Lee (Miracle at Sant’Anna), Roberto Faenza (I vicerè) and with the comedians Ficarra and Picone (Born tired, Il 7 e il 8, La matassa). For television he worked on the Commissario Montalbano series and wrote the film The Tunnel of Freedom, directed by Enzo Monteleone. In 2011 he made his directorial debut with Scialla, presented at the Venice Film Festival.

Enzo Monteleone began working in cinema during his university years as director of the University Film Center and of the CinemaUno cinema club in Padua. In 1986 he made his first screenplay: Hotel Colonial, an Italian-American production with Robert Duvall, John Savage, Rachel Ward and Massimo Troisi. He began a collaboration with Gabriele Salvatores, for whom he wrote four films: Kamikazen, Marrakech Express, Mediterraneo and Puerto Escondido. As a screenwriter he has worked with the most interesting directors of the new generation: Mazzacurati, Piccioni, D’Alatri and Cristina Comencini. In 1994 he made his debut in directing with La vera vita by Antonio H. In 2004 he directed The tunnel of freedom for television and co-directed 6 TV episodes of Il capo dei capi. In 2009 he returned to the cinema with Two games, an all-female film.. Among the latest works for TV, the film Walter Chiari – Until the last laugh and the film in two parts The Angel of Sarajevo.