An unprecedented look on Gorbachev 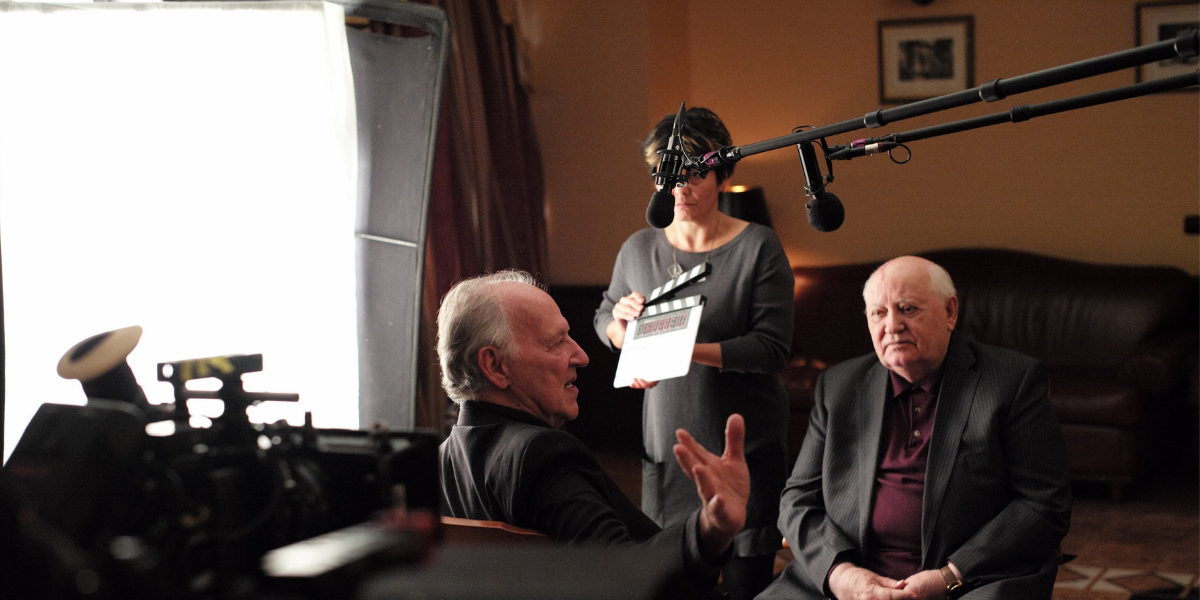 31 May An unprecedented look on Gorbachev

Posted at 00:16h in News by Giacomo Ferigioni

“I’m german. And probably the first German you met in your life wanted to kill you” “No” – Gorbachev replies dryly to Werner Herzog’s provocation.

That’s how it begins, a long interview by Werner Herzog curated with his collaborator André Singer, to the man who changed the course of History, the former Soviet leader Gorbachev.

Meeting Gorbachev will be screened on Sunday 31 March, at 6.00pm at the PortoAstra Cinema.

The film offers an unprecedented look at some of the most significant events of the late twentieth century – from nuclear disarmament to the unification of Germany – and at the same time puts into perspective the season of populisms that (not only) Europe is going through. The archive materials alternate with the testimonies of George Schultz (Secretary of State during Reagan’s years), Horst Teltschik (Helmut Kohl’s national security consultant), Hungarian Prime Minister Miklós Németh and Lech Walesa of Solidarnosc, to retrace the salient stages of the family and political life of the Russian statesman.

Herzog and Gorbachev meet three times in six months, and although the last President of the Soviet Union is a man tried by the disease, his mind is clear: his warmth and humor, combined with Herzog’s ability to dig into unexpected corners of his life, make these encounters engaging and moving.

Werner Herzog is the pseudonym of the German film and theater director Werner Stipetic, one of the most original and significant authors of contemporary German cinema. Among his most famous films, AguirreAguirre, Fury of God (1972), The Enigma of Kaspar Hauser (1974), Nosferatu, the Prince of the Night (1978) and Fitzcarraldo (1982, winner at the Cannes Film Festival for Best Director). In Italy his historical work diary, The conquest of the useless (Mondadori 2007), was released. The topics about marginalization and rebellion are at the center of his films, along with violence and horrors of war. For the theater we remember his direction of Norma (1994), Tannhauser (1998) and Fidelio (1999). He was awarded with the Pardo d’Oro for the career at the Locarno Film Festival in 2013 and about his subsequent production we must mention the film Queen of the desert (2015), of which he was director and screenwriter, and the documentary film Lo and Behold. Reveries of the connected world (2016).